Natural Gas Reserves in The World

Natural gas is a derivative of oil. Except for Antarctica, natural gas is produced on all continents in the world. It consists of methane gas (CH4), ethane (C2H6), propane (C3H8) and butane (C4H10) gases. It also contains small amounts of carbon dioxide (CO2), nitrogen (N2), helium (He) and hydrogen sulphide (H2S).

Natural gas is found in deep underground rock formations or associated with other hydrocarbon reservoirs in coal beds and as methane clathrates. Petroleum is another resource and fossil fuel found close to and with natural gas.

Natural gas, which is a kind of flammable gas mixture of fossil origin, is frequently used in homes and industrial areas as a very important energy source today.

How is Natural Gas Transported?

The most efficient and cost-effective method to transport natural gas is the use of pipelines. It is also possible to be transported in pressurized tanks as liquefied. 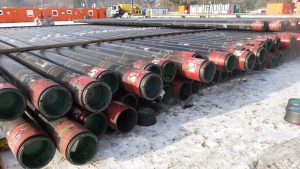 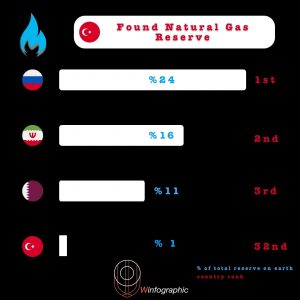 With 11%, we can see Qatar in the third place in the list. With the discovery of oil reserves in the 1940s, the entire economy of the country changed. This major factor has brought the welfare level of the country’s citizens to the highest levels. 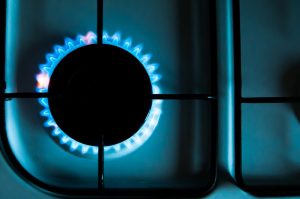 On August 21, 2020 President of Turkey Recep Tayyip Erdogan announced that would give citizens the good news.

According to the gospel held the largest natural gas discovery in the history of Turkey in the Black Sea. 320 billion cubic meters of natural gas in the Black Sea was found by Fatih Drilling Ship. Erdogan drew attention to the year 2023 for the use of gas and said that new natural gas discoveries are possible. The discovery of this gas, was warmly welcomed by Turkey, and was told it was a good move to solve the energy problems of the country. As you can see in winfographic, Turkey currently  32 on the list with 1%.