Export of Turkey by Cities

The meaning of the exportation is the sales of products and services produced by individuals and organizations abroad. In exportation process, the procedures to be performed and the documents to be arranged vary according to the country, the type of export, and the nature of product to be sold.

Turkey is inreasing visibly the activity in the exportation field. According to the data shared by TUIK in 2019, 19 provinces export products which value corresponds over 1 billion $ in Turkey. 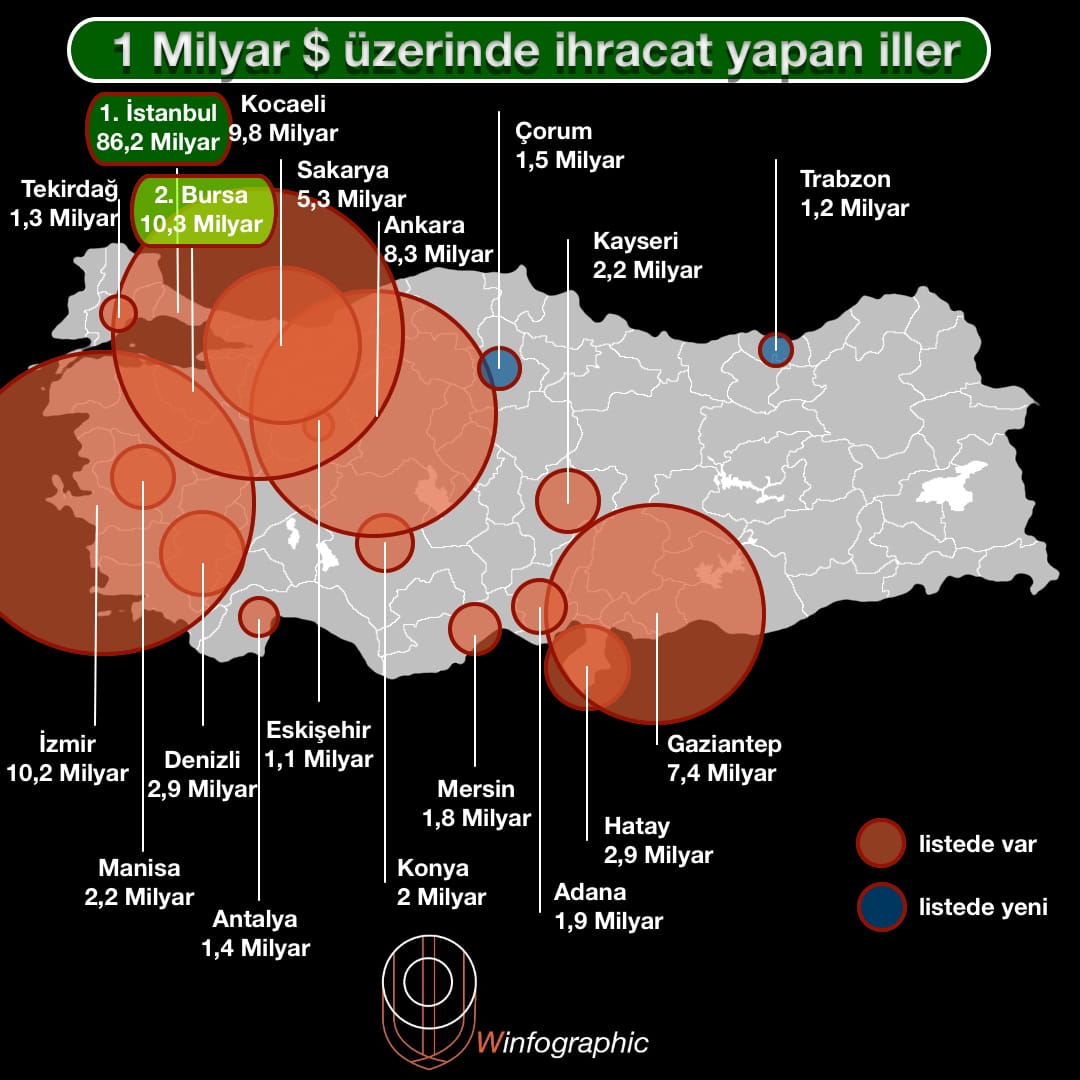 The provinces which have the most exportation capacity are respectively Istanbul with 86,2 billion $, Bursa with 10,3 billion $, İzmir with 10,2 billion $, Ankara with 8,2 billion $, Gaziantep with 7,4 billion $ in Turkey according TUIK data.

Istanbul Is The Province Which Exports the Most!

Istanbul is the most crowded province of Turkey with a population of 16 millions. It is Turkey’s prominent industry center. Total exports worth 68,2 billion $ in Istanbul. Industry establishment is also the largest in the country.

Most exports have been performed in Marmara and Ege Region.  If we look at TUIK for Turkey. Tekirdağ, Kocaeli, Bursa, Sakarya, İzmir, Manisa ve Denizli are provinces which total exportations are almost over 1 billion $ in Turkey.

Bursa is the second most capable province in terms of exportations after Istanbul according the informations provided by TUIK. Bursa has a great importance with 10,3 billion $ of exports.

We marked the new provinces in the list according to TUIK in blue in the infographic that we prepared. Çorum and Trabzon from Turkey entered to the list of provinces exporting more than 1 billion $.

Who knows, maybe Winfographic contributes in total exportation activity list in 2020 with contenu and information prepared and shared in English compatibly with a most global approach.